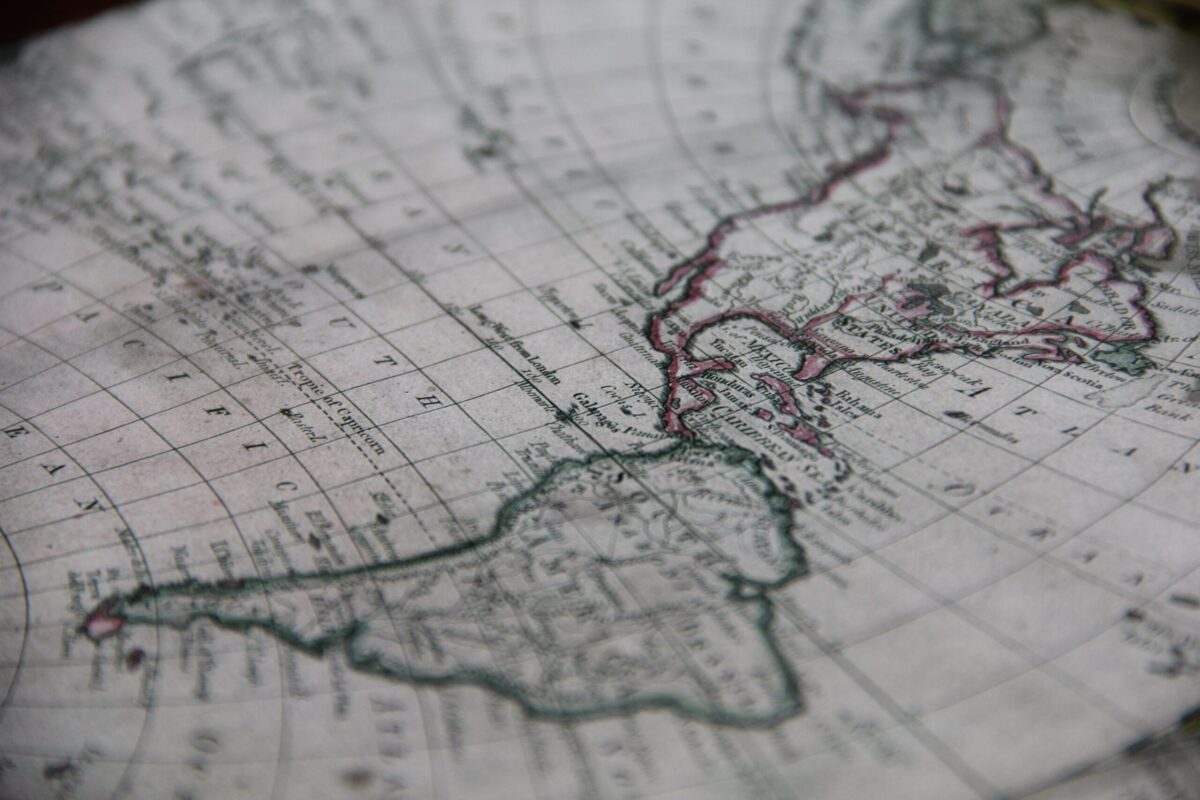 South America is a continent of superlatives: the highest lake, the driest desert, the largest waterfall… Well, you get the picture.

Environmentalists will enjoy the amazing fauna in the Amazon, while shoppers can choose between upscale boutiques in big cities like Rio de Janeiro or the colorful markets of Andean villages.

You can explore lost cities of ancient civilizations, feast your eyes on stunning scenery almost everywhere you go or you can try out the local cuisine. It’s your choice, and South America gives you lots of them.

Here’s a look at the best places to visit in South America:

Cartagena is a major city on Colombia’s Caribbean coast. It was founded by the Spanish in 1533, who named it after Cartagena, Spain.

During Spain’s domination in South America, the city was the center of politics and the economy. It is a quite modern city today.

But you’ll find walled historic center and the fortress, deemed the largest fortifications in South America, that defended it. Cartagena has a rich cultural scene, with festivals throughout the year; museums and art galleries.

With its beautiful Old Town that showcases such a delightful array of 17th and 18th-Century colonial architecture, Salvador is certainly a charming city to behold.

Its rich, Afro-Brazilian culture and vibrant arts scene shine through, and it´s an intoxicating and lively place to be, particularly during carnival.

Located on the huge All Saints Bay, the city´s setting only adds to its attractiveness.

While the Old Town with its cobbled streets, historic sites and interesting museums, is the highlight of Salvador, the feel about the place is infectious.

They don’t do things in a small way in Los Glaciares National Park.

Not only is the park the largest national park in Argentina, itis home to the largest ice cap outside of Greenland and Antarctica – an ice cap that feeds 47 large glaciers.

The most famous of these is the Perito Moreno glacier. The parkalso is home to Lake Argentino, the largest in the country.

While the glaciers are located in the southern section of the park, the northern section features majestic mountains such as Mount Fitz Roy, offering hiking and mountain climbing.

The Pantanal is the world’s largest wetland, lying mostly in Western Brazil but extending into Bolivia and Paraguay as well.

Famous for its wildlife, it is one of Brazil’s major tourist attractions. Unlike the Amazon rainforest, in the Pantanal you are virtually guaranteed to actually see the wildlife.

Capybara and Caiman are present in the millions. The Pantanal is also home to one of the largest Jaguar populations in the Americas.

If you like to visit remote places, then put Ushuaia on your bucket list. The capital of Argentina’s Tierra del Fuego, Ushuaia is considered the southernmost city in the world.

Indeed, the train to the End of the World ends here. Nestled among the mountains along a bay, Ushuaia is very picturesque when it’snot cloudy or windy, which is much of the time.

The former penal colony has a prison museum and it’s a good place to see penguins, orca whales and seals.

In the northernmost part of Colombia is the Tayrona National Park, which borders the Caribbean Sea and offers remarkable beaches and scenery for visitors.

One of the top spots in the park is the lagoon called La Piscina, where a natural reef turns the lagoon into a protected swimming area.

There are also plenty of sandy hiking trails leading to and from the coast, many of which provide spectacular views over the Caribbean.

Ecuador’s capital, Quito, is unique among world capitals. It is the highest capital in the world and also closest to the equator.

Founded by the Spanish in 1534, Quito’s colorful old town is one of the best-preserved, least changed and largest in all the Americas.

Located in Ecuador’s northern highlands, the city is surrounded by volcanoes that can be seen on a clear day. Quito is the only world capital that is threatened by active volcanoes.

There’s a reason Colca Canyon is the third most visited tourist destination in Peru: stunning views. The canyon is one of the deepest in the world and more than twice as deep as the Grand Canyon.

If you get tired of scenic views, you can feast your eyes on the sky where you may see Andean condors and the biggest humming birds you’ve ever seen. Villages are a good place to buy local handcrafts.

San Pedro de Atacama is a Chilean town on the edge of one of the world’s most breathtaking landscapes.

Austere, endless flood and salt plains surrounded by coppery mountains are plentiful, and have to be seen to be believed.

The nightlife here is a little different- the big draw is star tours, as it is one ofthe darkest places in the world, and an opportunity to see the night sky undiluted.

Angel Falls is most definitely a scene stealer in Venezuela’s Guayana Highlands. It is the highest uninterrupted waterfall in the world – 15 times higher than Niagara Falls.

Water cascades more than 3,200 feet down the mountain into the river below, The waterfall is named for American Jimmy Angel who, in 1937, became the first pilot to fly over the falls.

Getting there is an adventure involving plane and river boat rides.

Formerly the capital of the Inca Empire, Cusco is mesmerising to wander around as decadent colonial churches jostle for supremacy with the Inca temples and modern fast-food joints that line its ancient cobbled streets.

The archaeological capital of the continent is simply breathtaking for its fantastic wealth of historical sites and rich cultural heritage.

The surrounding area is full of amazing sights just waiting to be explored and, as the gateway to Machu Picchu; Cusco is a must-see city in Peru.

Located in the Andes Mountains, Salar de Uyuni is the largest salt flat in the world.

The expanse of salt creates an unending white landscape during the dry season, but the area is most breathtaking in the rainy season when it is covered in water.

The reflection of the blue sky creates a spectacular and surreal landscape, though some tourists insist on seeing the salt.

One of the most unusual places to visit in South America, it’s also a major breeding ground for flamingoes.

Lake Titicaca, South America’s largest lake, straddles the border of Bolivia and Peru. At an elevation of just over 12,500 feet, it is considered the highest navigable lake in the world.

Many of its 41 islands are inhabited, including the floating islands the natives make with heavy reeds.

About 500 species of aquatic life live in the lake, which has a large population of water birds. Local belief says the sun was born at Lake Titicaca.

Getting to Easter Island can be time-consuming, since it is the most remote inhabited island in the world. The nearest inhabitants are almost 1,300 miles away.

But it’s not its remoteness this Chilean territory is noted for. It’s what you’ll see when you get there: almost 900 primitive statues carvedby early Polynesian inhabitants.

These awesome statues, called moai, may have been carved about 1,000 years ago. Most statues were carved from solidified volcanic ash, with obsidian being used for the black eyes.

If you lived long enough to count that high, you could count 390 billion trees in the Amazon rain forest.

This statistic is mind-boggling, to be sure, but then the Amazon rain forest is one awesome piece of nature, covering about ¾ of the Amazon River basin.

It is the world’s largest tropical rain forest. Sixty percent of the rain forest is located in Brazil with size able chunks in Peru and Columbia; bordering countries have small shares.

For sure, the rain forest is loaded with unique flora and fauna.

It may be located in remote Chilean Patagonia, but Torres del Paine National Park is one of Chile’s largest and most visited parks. Why? Well, the scenery is pretty spectacular.

The Torres del Paine is just one awesome sight you’ll see. The three peaks dominate the landscape in the Paine Mountains.

Besides mountains, the park is dotted with glaciers, rivers, forests and steppe, making it a hit with outdoors enthusiasts.

With 17 million people, Buenos Aires has the fourth largest population in the Americas.

Located on the Rio de la Plata on the Argentinian coast, the city is noted for its cosmopolitan flair. Because of its architecture and rich cultural life, Buenos Aires is the most visited city in South America.

A must-see here is the Recoleta, a residential neighborhood known for its history. The Recoleta Cemetery where Eva Peron is buried is the district’s most famous attraction.

If you want to get a glimpse of what prehistoric animals may have looked like, head to the Galapagos Islands.

The animals are like noother place on earth, and include giant tortoises and scary-looking iguanas. They were the impetusfor Charles Darwin’s controversial 19th century book, On the Origin of Species.

This archipelago of 18 major islands, about 550 miles off the coast of Ecuador, was formed– and are still being formed – by volcanic action.

One of the most spectacular places to visit in South America, Iguazu Falls have to be seen to be appreciated as mere words cannot do them justice.

They truly live up to their name, which translates as “big water: ”They’re the world’s largest waterfalls system, with 275 waterfalls of various sizes.

For much of its journey to the ocean, the Iguazu River flows through Brazil, but, seemingly in a spirit of international cooperation, most of the falls are in Argentina.

One of the most beautiful cities on Earth, Rio de Janeiro is simply incredible to behold.

With the famous Copacabana beach curving gently along the shores of Guanabara Bay, and Christ the Redeemer stretching towards the heavens, it really is a picture-perfect place.

Complementing this majestic scenery is the sun-soaked beach of Ipanema, as well as the tropical forest-covered mountains and brightly-colored favelas that dot Brazil´s second largest city.

A happening city, the best time of the year to visit is during its famous carnival, when Rio is transformed into the party capital of the world.

Machu Picchu is a magnificent representation of the Inca civilization before the Spanish came.

Nestled in the Peruvian Andes, Machu Picchu served as a palace for the emperor, a fortress and as a site for religious ceremonies where human sacrifices were made to appease the gods.

Untouched by the Spanish, the site was abandoned after the conquest, only to be “discovered” by an American professorin the early 1900s.

Built from polished stones, the city is a fascinating example of classical Inca architecture. With its spectacular views, Machu Picchu is Peru’s most visited tourist attraction.