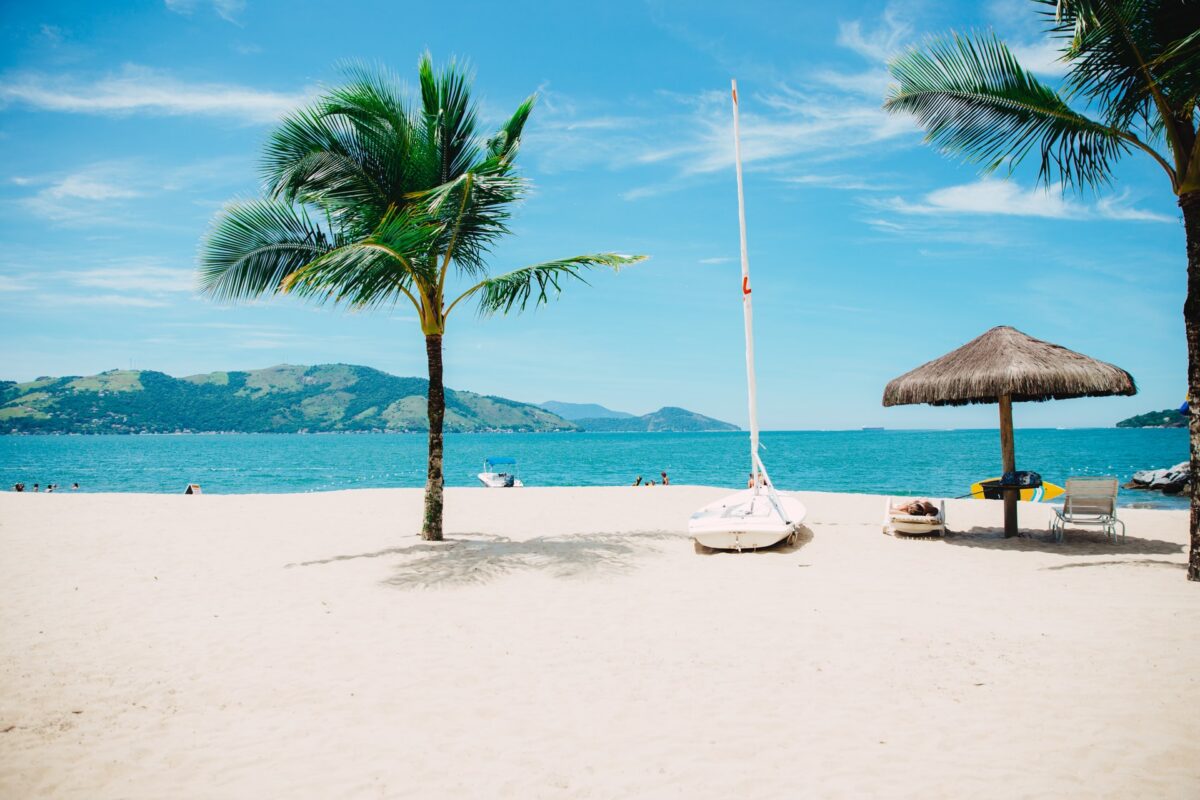 Southeast Asia is a group of diverse countries between the Indian Ocean and the Pacific Ocean, featuring indigenous cultures influenced by Indian, Chinese and Western culture.

It has long been a favorite corner of the world for globe-tramping backpackers, known for its perfect beaches, tasty cuisine and low prices.

The region represents a totally different culture for Western travelers. Instead of cathedrals, they’ll find temples. Instead of cold temperatures in the winter, they’ll be bathed in a tropical climate.

They may find simple accommodations in remote fishing villages but also luxurious hotels in the cities and on the islands. Here’s a look at the best places to visit in Southeast Asia.

Vientiane, the capital of Laos, is located on the Mekong River near the border with Thailand. A former French holding, it is a graceful city that is now the country’s economic center.

Visitors to Vientiane do not want to miss the Pha That Luang, a Buddhist stupa that dates back to 1586.

The stupa stands 49 meters tall and is believed to contain relics of Buddha. Buddhist temples and sites abound, but travelers also will want to walk through the Mekong Riverside Park.

Hanoi, the capital of Vietnam, blends the charm of the old world with a pace of life that is quickening as this old city modernizes.

Visitors may see locals taking tai-chi lessons in the park in the mornings, while skate boarders zoom by. At the heart of Hanoi is its Old Quarter, an open-air museum of historic Asian and French colonial architecture that has largely remained intact.

Ancient temples and art museums share the attractions list with museums devoted to the Vietnamese revolution and military history.

Kuala Lumpur is a bustling city that serves as the capital of Malaysia. The country’s most populous city.

It has a landscape filled with innovative designed skyscrapers, including the iconic as Twin Towers, the world’s tallest twin towers.

Kuala Lumpur also boasts an outstanding Islamic Arts Museum; the Bukit Bintang pedestrian bridge that connects the downtown area, and a bird park that is the world’s largest walk-in aviary.

The Gili Islands are three small islands located in northwestern Indonesia off the coast of Lombok.

The islands are perfect for travelers who want to get away from the hustle and bustle of modern life. Cars aren’t allowed on the islands, with people using horse carriages or bicycles to move about.

Relaxing may be the primary activity here, but the islands also are popular with divers and snorkelers.

Once known as “the pearl of Asia,” Phnom Penh is considered one of the prettiest of the cities the French built in Indochina, though the city is still recovering from war and revolution.

French influence can still be found today in Cambodia’s capital. Located on the Mekong River, the city actually dates back to the 15th century.

Top attractions include the Royal Palace and the National Museum, which contains a large collection of Khmer artifacts.

Located in southeast Myanmar, Inle Lake is the country’s second largest lake. These people live in small villages round the lake and in floating houses on the lake itself, making for a picturesque scene.

The latter propelled by the unique Intha technique of leg rowing in which one leg is wrapped around the paddle to drive the blade through the water in a snake-like motion.

Palawan is an island province in the Philippines that stretches from Mindoro to Borneo between the South China and Sulu seas.

Puerto Princess, which is close to large karts formations with an underground river, is the provincial capital.

Coron Reefs is one of the best diving spots in the world, drawing divers who want to explore Japanese shipwrecks from World War II.

Hoi An is a charming town known for its great atmosphere at the mouth of the Thu Bon River on Vietnam’s central coast.

The town boasts well-preserved Southeast Asian trading port, which it once was until the river silted up.

The narrow, winding lanes of the old port are lined with beautiful old architecture, traditional wooden houses and hundreds of tailor shops selling everything from clothing to souvenirs.

Towering 4095 meter above northern Borneo, Mount Kinabalu is the highest mountain between the Himalayas and the island of New Guinea.

The main peak of the mountain can be climbed easily by a person with a good physical condition, and requires no mountaineering equipment although climbers must be accompanied by guides at all times.

For those with limited time or energy, there are gardens and many short walks through the jungle to enjoy in the vicinity of the entrance.

Komodo National Park is located on an archipelago near the island of Flores.

The islands are populated by thousands of giant lizards knownas “Komodo dragons” because of their appearance and aggressiveness.

This is the only place in the world where these lizards, the largest in the world, can be found. Although attacks are very rare, Komodo dragons have been known to attack humans.

Singapore, a city-state, lies at the south end of the Malay Peninsula just 137 km above the equator. Chinese are the predominant ethnic group, at 75 percent of the population.

Singapore is a former British colony, with its top sights including the graceful Raffles Hotel, gardens and nature trails, the Buddha Tooth Relic Museum, and the city zoo.

Phi Phi is a beautiful archipelago located in the Krabi Province not too far from Phuket.

Ko Phi Phi Don is the only island in the group with permanent inhabitants while the smaller Ko Phi Phi Leh is famous as the filming location for the 2000 movie “The Beach”.

Travelers go here enjoy the beaches and to participate in a variety of water recreation activities, such as snorkeling, scuba diving and kayaking.

The island was devastated by the 2004 tsunami, but is bouncing back with new constructions.

Luang Prabang lies at the confluence of the Mekong and Nam Khan rivers in north central Laos.

The former royal capital is famous for its Buddhist temples and monasteries, with monks walking through the city collecting alms in the morning.

The old town is popular with tourists who want to shop, visit temples or soak in the atmosphere. There are several waterfalls nearby, as well as the famous PakOu Caves.

Located on the island of Java, 40 km northwest of Yogyakarta, the Borobudur is the largest and most famous Buddhist temple in the world.

The Borobudur was built over a period of some 75 years in the 8th and 9th centuries out of an estimated 2 million blocks of stone.

It was abandoned in the 14th century for reasons that still remain a mystery and for centuries lay hidden in the jungle under layers of volcanic ash.

Photographers will want to have lots of memory cards with them when they visit the picturesque Ifugao Rice Terraces on the island of Luzon.

For 2,000 years, people have been growing rice on terraces that follow the contours of the Cordilleras Mountains.

The most famous ones can be found around the town of Banaue. They were created by the Ifugao ethnic people without modern tools and are still used today.

Myanmar’s answer to Angkor Wat, Bagan is home to the largest concentration of Buddhist temples, pagodas and stupas in the world.

Bagan was the capital of the First Burmese Empire from the 9th to the 13th centuries.

The site that Marco Polo once described as the “gilded city” was home to around 13,000 Buddhist temples in its 11th-century heyday.

Thousands remain, including the famous Ananda temple with its sparkling gold spires.

What started out as a small trading post in the 15th century has now grown into a city of eight million people: Bangkok, the capital of Thailand.

Visitors will find plenty of photo ops at the city’s famous floating markets where they can also buy veggies, tropical fruits and Thai snacks made in a floating kitchen.

When travelers grow weary of visiting temples, they can visit a snake farm or just go shopping.

Located in northeastern Vietnam Ha Long Bay resembles a scene from a fantasy story with its thousands of limestone karst islands of different shapes and sizes.

Halong means descending dragons, which is indicative of the silhouette of the limestone outcrops that poke out from the water.

Some of the islands contain lakes while some are hollow, with a colorful fairyland of grottoes inside.

An overnight boat trip is a spectacular way to experience the beauty of the bay and to see as many of the islands as possible.

The undisputed favorite of Indonesia’s more than 17,000 islands, Bali lives up to its reputation as the quintessential tropical paradise.

The waters around Bali are known for its high marine diversity and coral reefs while the lush rice terraces provide a picturesque backdrop to its colorful and deeply spiritual Hindu culture.

The island also has several great beach towns, like Kuta, as well as other areas, such as Ubud, which are known for performing and artistic arts.

When it comes to archaeological sites, travelers won’t want to miss Angkor in northern Cambodia. It contains some of the world’s most important cultural remains.

These include the enormous Angkor Wat temple, the Bayon temple with its multitude of massive stone faces and Ta Prohm, a Buddhist temple ruin entwined with towering trees.

Historically, Angkor served as the Khmer capital from the ninth to 14th centuries,which influenced art throughout Southeast Asia.

Many of the temples at Angkor have been restored, making tit one of the wonders of the ancient world while offering an outstanding look of Khmer history.